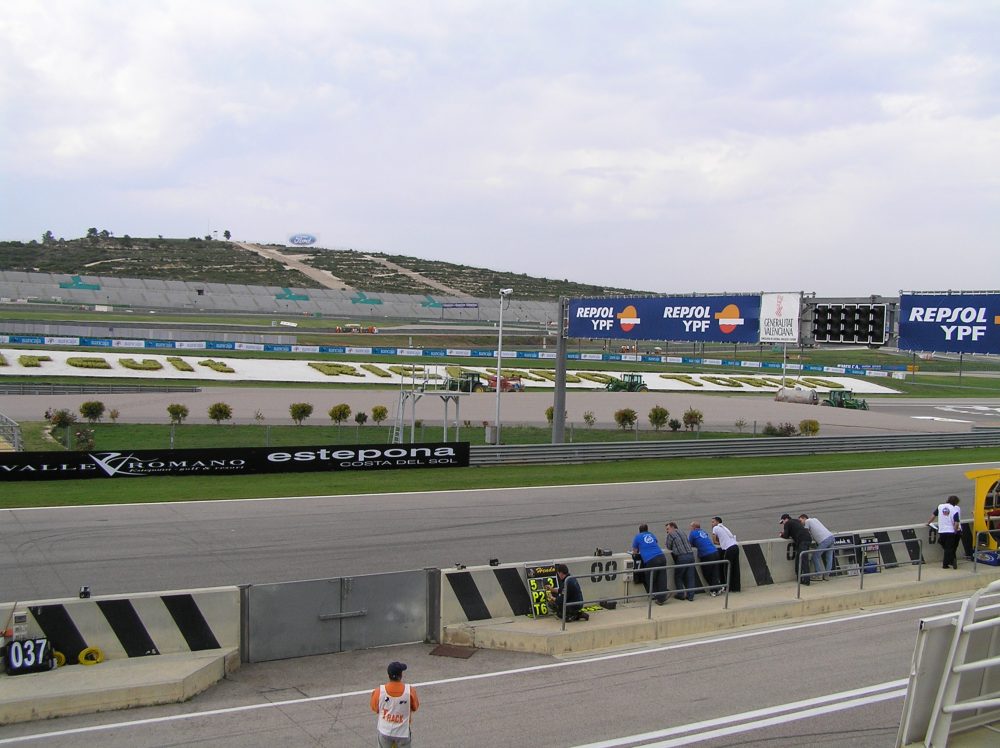 The Cheste Circuit hosts events, trainings and activities such as the MotoGP World Championship, the FIA WTCC World Touring Car Championship and the DTM German Touring Car Championship. With a main track of 4,051 m, it has a total capacity of 120,000 spectators (65,000 of them with a seat), with 48 boxes of 88 m2, press rooms and control tower. It is homologated for maximum competition by FIM (motorcycling) and for F1 Testing by FIA.