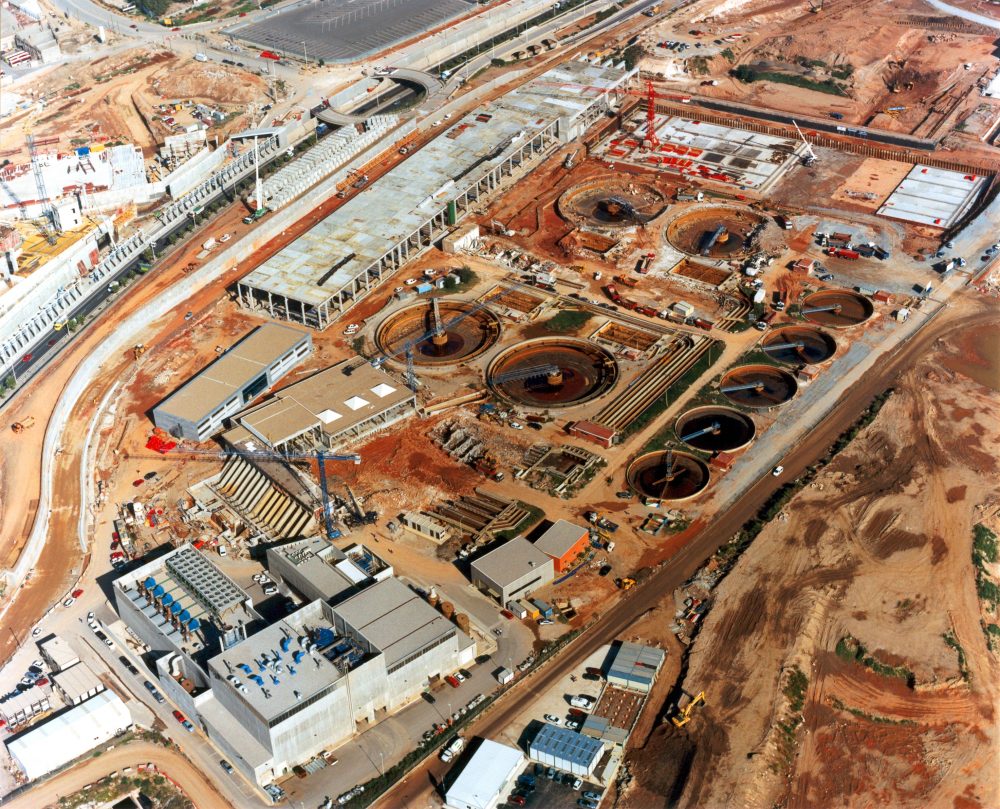 The most relevant part of the project was the construction of biological reactors and secondary settlers with concrete slabs and walls. The water treatment plant has 47,000 m2 of support and 55,000 m2 of walls between 4 and 15 m high and, at the end of the works, about 110,000 m3 of concrete were poured. The need of integrating the treatment plant into the urban scene of the Forum de las culturas 2004 and, at the same time, building an esplanade forced to cover it up. The cover was entirely built with concrete prefabricated elements.