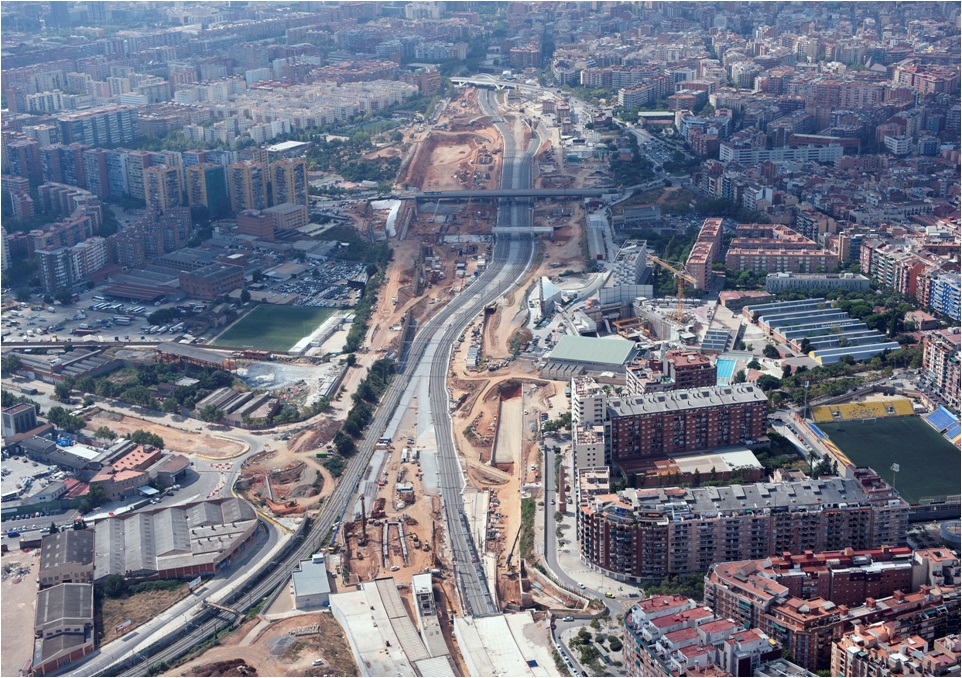 La Sagrera intermodal station is the biggest in Spain for international routes and the second for national routes with over 90 million passengers a year. The station is a gateway for European high-speed trains. The scope of works, on a 162 hectares surface, includes the covering of the rail yard, the creation of over 48 Ha for parks and green areas, 1,720,000 m2 for building height and 266,000 m2 for a railway station. GPO has taken part in the inception and design of the Sagrera Station and its high-speed rail access points in the north of Barcelona.