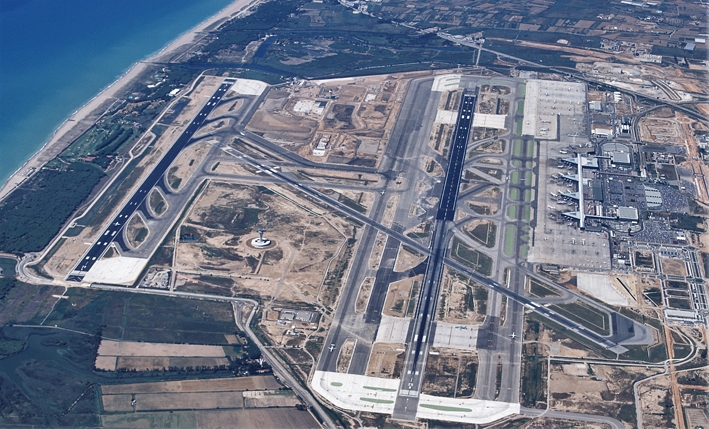 The consortium in which GPO took part was awarded by AENA (the public company that operates the Spanish airports) for the Supervision of Construction of the airfield’s expansion. The project included the construction of a new 2.660 m long and 75 m wide runway (07R-25 L), the 550 m expansion of an existing runway (07L-25R), which was also widened 15 m, as well as the construction of all the connecting lanes between the new terminal and the runways. One of the main challenges of the project was that all the construction works had to be done while the airport was operating at full capacity, which is why the works needed to be planned and executed so that they did not interfere with aerial operations. Another challenge of the project was the location of the airport, placed on the delta of Llobregat River, formed by compressible materials and with a water table level very close to the surface. This fact required to use a large preload to ensure minimal settlement of the terrain in 25 cm and prevent future deformations, once the pavement was completed.