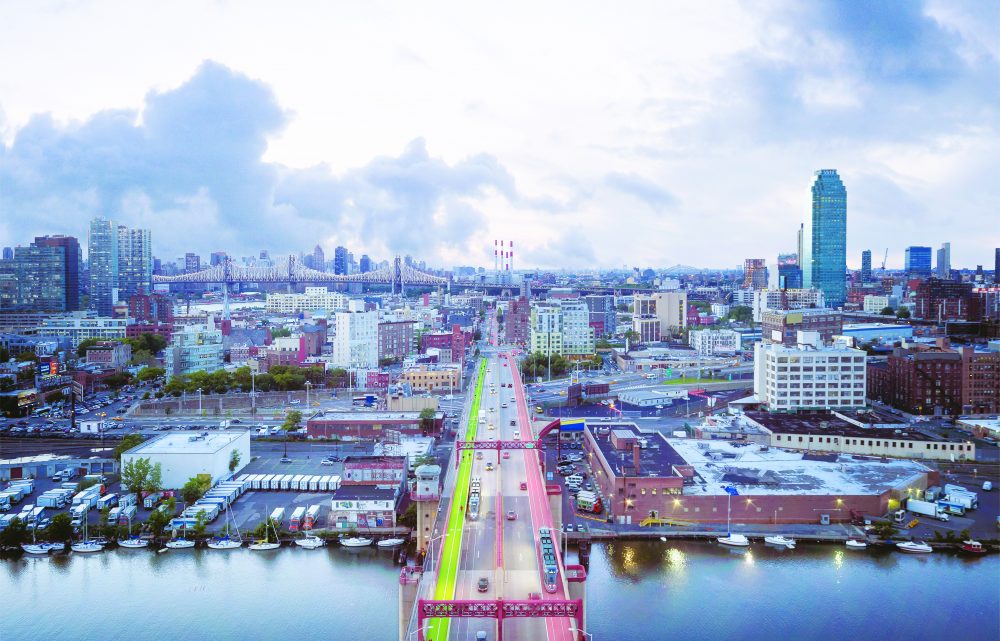 In order to improve the transportation between the districts of Brooklyn and Queens, the local government of New York city proposed the construction of a 25 km long streetcar line, which joins the two districts through a tramway line running parallel to the East River coast of New York. Sam Schwartz, North American subsidiary of GPO Group, carried out the Feasibility Study for the implementation of the new streetcar, which includes the Preliminary Design, Environmental Impact Assessment, analysis of the available technologies and agency coordination.

The new streetcar system, which will run at 20 km/h, will run from Greenpoint to Dumbo in approximately 27 minutes, less than the current bus and metro lines, and it will carry 150 to 175 passengers, compared to the articulated buses that now have room for about 100 passengers. The construction of the line is expected to cost around 2.500 million dollars to the city, an investment that, according to the mayoral spokesman, will be paid out of real estate taxes on large residential and commercial owners served by the streetcar.